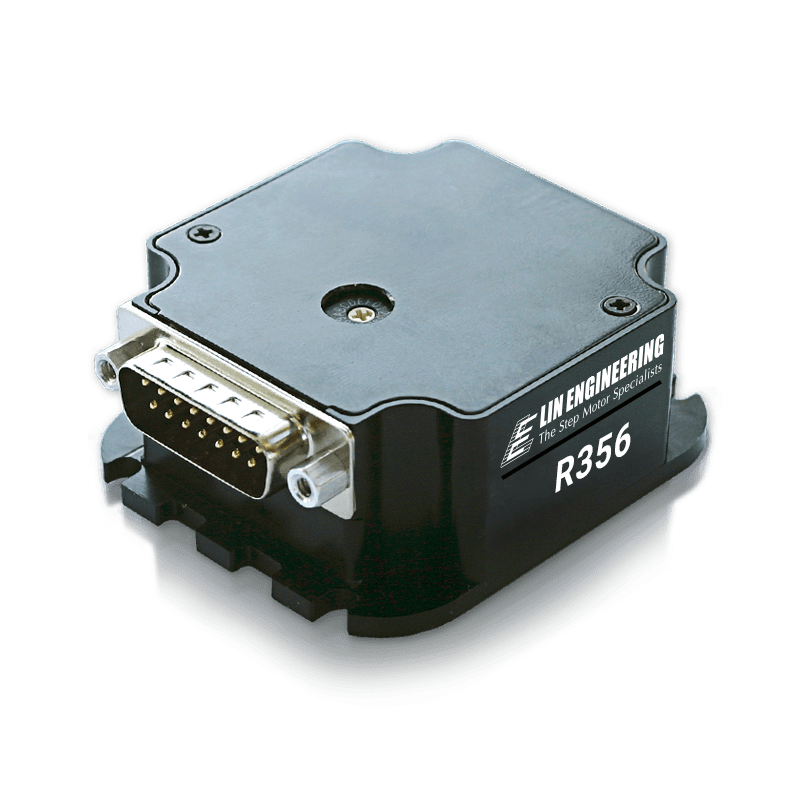 Due to unprecedented product demand along with the ongoing supply chain related issues with semiconductors, we are experiencing extended lead times for this product.

• The R356 is a fully intelligent controller and driver in one. Commands can be issued from any serial terminal program, such as HyperTerminal, or from Lin Engineering’s Graphical User Interface, LinControl.  (have LinControl link to the download section)
• Commands are simple and intuitive. This communication is compatible with devices that use the Cavro DT or OEM protocol.
• The R356 controller is also capable of stand alone operating with no PC. It can execute a pre-programmed string of commands upon Power up. Commands include nested loops, wait statements, halt commands, software selectable currents, speeds, acceleration, microstepping, and more.

A mating connector for the motor is also provided.

DB-15 connector is provided with the controller/driver

This should ideally be used with a US digital E2, E3, or E5 encoder.

Get the motor you need

Just fill out a Request for a Quote form, and tell us about your application and your needs. One of our applications specialists will review your request, and provide you with a quote promptly.