Selecting the right motor for an application can be difficult as each motor has different characteristics and will provide different torque and speeds. When trying to find the right motor and size it's important to keep in mind the application the motor will be used for. The main four numbers to know are required Torque, Speed, Voltage, and Current. Torque and speed are mechanical outputs, that is what the motor is going to provide. What is given to the motor is called electrical input, or voltage and current. The motor’s operating voltage can vary but popular options are 12 and 24 volts. Current is the rate at which electrons flow past a point, otherwise, known as amps.

Other essential factors that are useful to know but are not necessary are load inertia, the motors application, duty cycle, and resolution requirements. Load inertia will tell you how quickly you can accelerate a load depending on the force or torque the motor can generate. The motor application is essential to think about as some motors are used for continuous motion while some are used in start-stop applications. This leads to the duty cycle, which is the ratio of time a motor is “on” compared to when the motor is “off.” This determines how long the motor is going to be on and how much power is going to be put in. Lastly is the resolution requirements. For more accurate applications, a hybrid stepper motor is ideal as they provide highly accurate positional control. For less accurate or less demanding applications, a permanent magnet stepper could be the right motor as they are cheaper than typical stepper motors while still offering positional control.

The number one tool in selecting a motor is the speed torque curve. Think of it as being a thumbprint on how a motor performs. When looking at a torque curve, the Y-axis has the torque while the X-axis has the speed. As well this graph can show you holding torque, max running speed, max starting speed, pull out and pull in curve, start/stop range, and slew range.  When we talk about torque, we can start with detent torque. Detent torque is the drag when the motor is not engaged or powered on. It's a combination of the friction from the bearing and the magnetic traction in the motor. Once the motor has the power it's called holding torque, which is going to be the highest torque possible as all the energy is going towards holding the position. On a brushed motor, it is the same as lock rotor torque. So the holding torque is the amount of torque needed to make the motor move or release it. If you need torque higher than the holding torque, then you are going to have to go with a different motor

Pull-in torque is the highest amount of torque a motor can make instantaneously at any given speed. Pull-out torque is the highest combination of torque and speed that a motor can generate but it is not instantaneous. The motor will have to ramp up to that torque and speed, then hold it for your operation and then ramp down. The stop/start range is defined by the edge of the pull-in curve., Under that curve, you can accelerate, stop, and even reverse a load without losing a step. The analogy we like to use to describe this place is when you are in a car and driving under the speed limit your tires always have traction, you won't have an issue stopping. The slew range is the area between the pull-in and the pull-out curve. While operating in this area you can still accelerate, stop, and reverse but you may lose a step. You can operate in that area however it is no longer a path-independent function. You will have to make adjustments to control it properly in the motion profile. Think of it as driving just over the speed limit, you can technically drive safely however if you slam on the brakes to stop, you are going to skid. When you get outside the pull-out curve that is when something is going to need to change as the pull-out curve is the largest amount of torque and speed possible. You are going to have to make an adjustment or change some of the parts if you want to operate in this area. 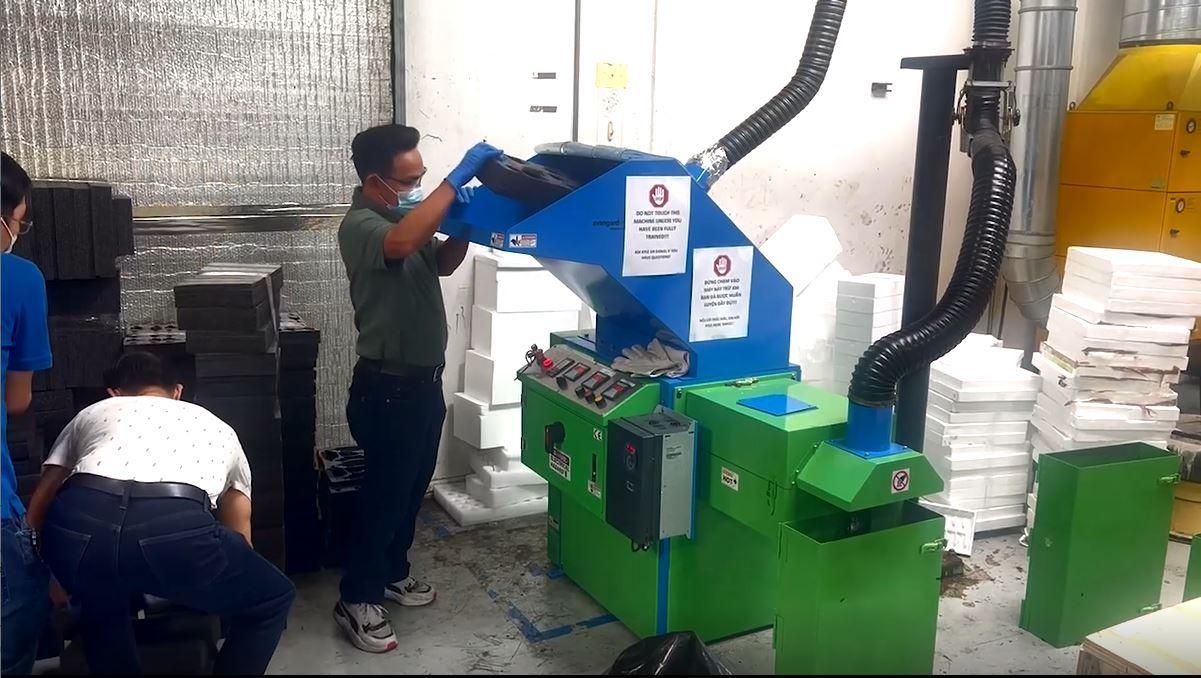 Lin Engineering uses a Foam Densifier to recycle foam and to help reduce our environmental footprint. This machine has helped reduce our overall waste by up to 75%. 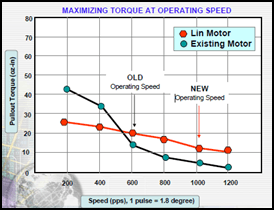