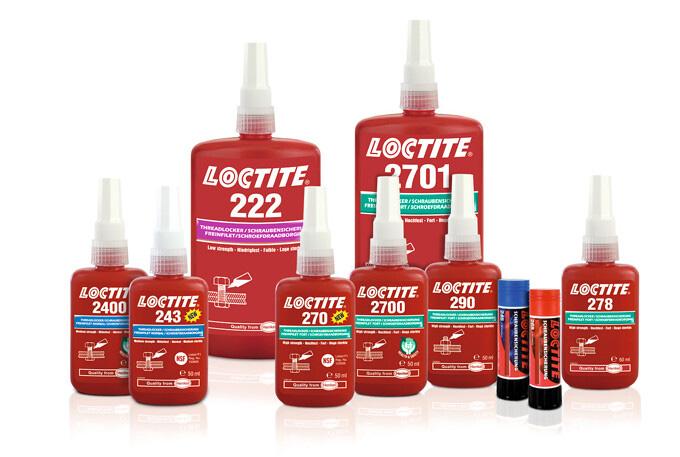 This paper will focus on specific adhesive applications from Lin Engineering that have been used to improve stepper motors.

Stepper motors are some of the most sophisticated motors used in the most challenging applications today. They require high step accuracy, high resolution, and smooth motion all in a very compact size. In addition, stepper motors must often be customized to achieve optimum performance in a specific application. Examples of design attributes that are commonly customized are winding patterns, shaft configuration, custom housings, and specialized bearings. This makes the design and manufacture of stepper motors very challenging.

Since Lin Engineering is the technical leader in the step motor industry, being able to provide their customers with customized step motors is essential. To allow for this high level of customization and still offer short lead times, it is necessary for stepper motor manufacturers to develop processes that enable them to manufacture small, customized batches of motors very rapidly. In this paper, the following four innovative stepper motor adhesive assembly processes implemented at Lin Engineering will be discussed in detail:

The lead wires connections to the stator are a motor design issue that must be carefully considered to ensure reliability. The lead wires normally pass through the housing external to the motor and can be exposed to sharp pull forces or vibration that can degrade the solder connections if they are not properly secured or reinforced. Irregularities in the solder joint, such as solder balls or sharp peaks, can also result in shorts if the wires are free to move in the motor. To prevent lead wire failures, there are a variety of methods that can be used such as adhesive tacking, grommets or specialty clamps. In the case of stepper motors, using grommets or specialty clamps is challenging due to the small form factor of the motor. The physical size of the grommet or clamp may require that a larger frame housing be used for a given motor which is highly undesirable.

The assembly of the grommet or clamp in the small stepper motor housing can also be a tedious process that slows the manufacturing processing and delays delivery to customers. The added cost of grommets and clamps also reduces the desirability of these two methods.

Lin Engineering determined that adhesively tacking the lead wires was the optimum method for securing the lead wires based on performance and manufacturability. To accomplish this, the operator manually dispenses a bead of Loctite© 352 light cure adhesive over the wire connections using a hand held syringe dispenser. The viscosity of the adhesive makes the dispensing process a quick and easy operation to accomplish. Since the adhesive can be dispensed in any pattern, the same process can also be used for any motor size or configuration. After the adhesive is dispensed, the coated motor assembly is then placed on a light cure conveyor where a 30 second exposure to light fully cures the adhesive. After the light cure process, the lead wire is fully reinforced and immediately ready for subsequent handling. The use of light cure adhesive is very important to Lin Engineering’s lean manufacturing strategy and has helped them to reduce their turn around time on custom motors significantly By using the Loctite© 352 light cure adhesive, Lin Engineering helps prevent lead wire failures and is able to provide both a high quality and cost effective solution for its customers.This assembly also proved to be simpler and more cost effective than encapsulating the entire PCB within the plastic molding.

When Lin Engineering encapsulated the stator in plastic it was originally envisioned that the motor could be direct mounted via boltholes in the encapsulant. However, the wide range of mounting configurations requested by customers with established designs made it impossible to standardize on a mounting configuration that met every customer’s needs. To increase the motor’s relative degree of customization, Lin Engineering began bonding the molded stators into custom housings using Loctite© 3942 light cure adhesive. The custom housings were often machined from aluminum to meet a manufacturer’s current mounting configuration. To bond the housing to the motor, the motor is manually inserted into the housing. A bead of Loctite© 3942 light cure adhesive is then dispensed onto the interface between the stator and housing. The mated assembly is then placed on a light cure conveyor where a 30 second exposure to light fully cures the adhesive. After it exits the conveyor, the assembly is fully cured and ready to be handled.

By applying the Loctite adhesive to the stator/housing interface, Lin Engineering is able to provide its customers with the wide range of mounting configurations they require. The ability to customize the mounting bracket is a major benefit to the customer and often significantly reduces the assembly time for the customer. For example, some motors are configured with a bayonet-type mounting bracket that allows for manual assembly of the motor in a blind location in a robotic device.

Applying the adhesive to the stator/housing interface also allows for a reduction in the overall thickness of the motor body. With a smaller overall size, the Lin motor’s performance is able to provide the end user with better performance in a smaller package.

The lead wires typically pass through an opening in the motor housing which creates a leak path directly between the motor’s service environment and the interior of the motor. This leak path must be sealed to prevent contaminants such as dirt particles and moisture from damaging the motor. Dirt particles can bind bearings or abrade wires. Moisture or other fluids can cause the bearings to rust or cause shorts.

Sealing these wire connections (also often called “potting”) is a common challenge among motor manufacturers. There are a variety of methods that can be used to seal the wire connections, but the two most common are potting the connection with adhesives and using heat-shrink seals. Lin Engineering initially evaluated both methods. When the heat-shrink seals were evaluated they did not seal effectively. The lead wires in Lin Engineering stepper motors typically have 4 to 8 lead wires. While the seal shrunk to fit snuggly around the exterior of the wires, they did not adequately seal between the wires.

When evaluating adhesives, the rheology of the adhesive was critical. Since the lead wires went directly through the housing, there was no cavity that could simply be potted using a low viscosity material. It was a hole without a bottom which mandated that the material be thick enough not to run into the motor, but thin enough to create a seal. Since there were 4 to 8 lead wires, it was also required that the adhesive flow around the lead wires to create a complete seal. This mandated a delicate balance in the adhesive’s rheology.

Lin Engineering determined that Loctite© 352 light cure adhesive was the optimum adhesive for this application. Its 20,000 cP viscosity was just right to seal the opening without contaminating the interior of the motor. The adhesive would eventually flow into the opening if left idle for long periods, however, that would never happen because the adhesive was cured almost immediately after dispensing by placing it in a light cure conveyor.

In order to ensure the highest quality and most reliable step motors, Lin Engineering conducted extensive tests on a variety of other adhesive technologies that are commonly used for potting such as epoxies, polyurethanes and silicones. When Lin Engineering evaluated these alternatives they found that they were harder to handle for this application and did not cure as fast as the light cure acrylics resulting in lower productivity and higher work-in-process. The Loctite© 352 light cure adhesive proved to be the optimum method for sealing the wires into the motor body.

Conductive tape, soldering a wire to the stator and electrically conductive epoxies were evaluated as potential solutions. The conductive tape was difficult to apply and often fell off during assembly leaving a high potential for assembly errors. Soldering a wire to the stator and the housing was time-consuming and did not prove to be effective at eliminating the interference. Loctite© 3888, a two-part electrically conductive adhesive, was selected as the solution. The electrically conductive epoxy completely eliminated the interference with the added benefit that it also structurally reinforced the motor. To apply the adhesive, the epoxy is mixed in a pre-packaged mix pack. The mixed adhesive is then applied to the interior of the housing with an applicator stick. Finally, the stator is inserted in the housing and allowed to cure at ambient temperature.

Adhesives and sealants offer significant advantages when designing and manufacturing electric motors and generators. If a manufacturer has a solid understanding of adhesive technologies, they will be able to improve the performance of their motors, improve their manufacturing process and reduce costs using adhesives. The four stepper motor applications that were reviewed within are just a small cross-section of the types of improvements that can be accomplished when motor manufacturers and adhesive experts work together.

Inaccuracies with Motors+Drivers | Who is the Culprit?

Is your step motor and driver contributing to the inaccuracy of your system? When it comes to precision in the motion control industry, there are many important factors that contribute to inaccurate steps. As a total system, engineers must become knowledgeable of their step motor as well as their driver/controller units.