It’s Not Just About Motors 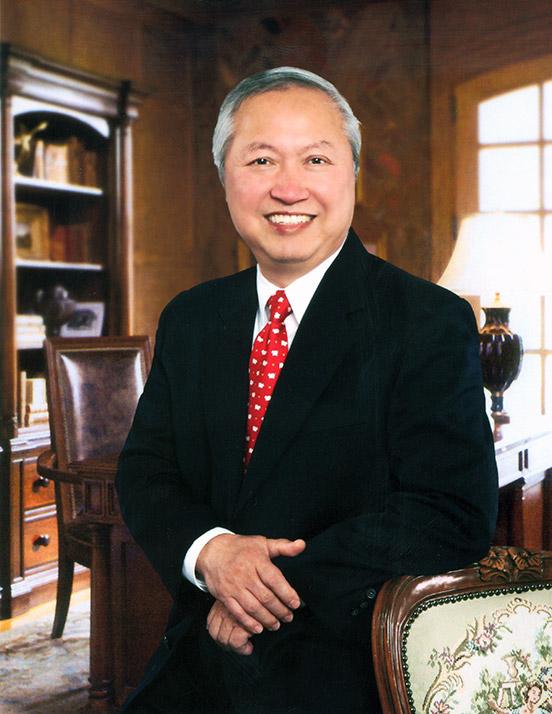 It’s Not Just About Motors

Ted Lin’s story isn’t the usual tale about starting out in a garage and building a product that everyone wants. Well, it is that story, but with a few twists along the way. Maybe what’s more important is how he grew up.

Two things might be considered significant. The first is that his older brother owned a motor manufacturing company, so motors were an early introduction to the sciences for Ted. It is also significant that at five years old, his sister, then eighteen, taught him arithmetic, putting him ahead of other children his age. He laughs as we talk about it, saying, “I wasn’t a very good student.” One wonders if that was because he was bored with how slow he was being taught or because he didn’t apply the knowledge he already had. For the most part, that doesn’t matter to the long-term story of his life.

Ted grew up in Taiwan. While there, he didn’t go to the best Junior High because, as we’ve mentioned, he didn’t do well in school at first. Still, he was good at math and so his Junior High math teacher often asked Ted to teach a lesson to the other students. This is where he learned an important fact that would stay with him for the rest of his life: “If you can teach a subject, it means you really know it well. You learn the subject on a deeper level.”

Once he started High School — one of the best schools this time — he got more engaged. He took chemistry and physics, finding that he was good at the sciences, and enjoyed the challenges he faced in keeping up and learning new material. This interest blossomed into his going to college to get his Bachelor’s Degree in Physics.

On to the U.S., where he attended Northern IL University and earned a Masters in Physics degree in 1971. Since motors were part of his early childhood, Ted decided to teach others about motors. He assumed at that time that he was the best person to do so, yet, as he learned in Jr. High when teaching, you find out what you don’t know. This reminder caused him to dig deeper into the subject than he’d gone before.

In three months, Ted studied and learned what he didn’t know until he became the best stepper motor designer on staff. These were the days when few people were even going into the motor industry. Top engineers at the time were going into what they considered higher-tech fields. But there was still very much to learn about motors and motor construction and design. Because he had spent so much time learning about stepper motors, Ted truly understood all the design parameters needed, which put him in a better position to move forward quickly in the stepper motor design realm. “In order to stay ahead, even when you begin ahead of others, you must continue to learn and explore and expand,” he told me. “Even yesterday, I saw something I can do differently to get different results from a motor.”

This is where we get to his garage. The company Ted worked for was pushing out products that would work for a lot of industries, but when something unusual came up, an application that needed higher torque or speed or some other parameter, the customer’s only choice was to buy up to the next product level. And, although their designs worked, the company wasn’t always providing the most efficient design in the long run.

Ted decided to consult with an engineer when they had an unusual application, where he attempted to solve challenges in the simplest and most efficient way without increasing the overall cost of the motor itself. Just he learned about teaching, the questions and concerns of the customer were nothing more than problems to solve. “If you listen to your customer, understand the situation and what is needed, then you are more capable of designing something that is simple. If you don’t fully understand their needs and are merely producing the next generation product, you often end up with a more complex—and more expensive—result,” Ted explains.

As he attempted to help out the customer, by fully understanding the needs of their application and trying to solve the problem simply, Ted came up with the three concerns you had to deal with: quality, delivery, and cost (at the design stage). “If you pay attention to cost, you are better able to provide the highest quality of product to your customer without over-engineering,” he says. “That means you have a simple solution, which is then easier to produce and deliver.” The pieces all fit together, but you had to listen to your customer.

This combination of events and lessons, if you will, was not lost on Ted. I could tell throughout our interview that he paid very close attention and responded precisely and directly to questions so that I understood what he was trying to say. This combination of listening and responding appropriately is what took him to his next level of support for his customers. As his business grew, Ted picked up machines to help him adjust the motors that way he needed, then added applications specialists, more engineers, and sales. The company grew larger than his garage and he moved to a larger space.

The key to his success isn’t just listening and coming up with the simplest solution though, it’s always staying ahead of the competition, which means “continual study and experimentation.” Try anything. “Look for a company’s future needs and design to suit that need, whether it’s greater throughput, higher quality, or faster delivery,” he explains. But technology isn’t everything, business knowledge and understanding are just as important. “You must run your business as smoothly and efficiently as you run your engineering department or there is a waste. To run a motor company in a healthy way, you need to pay attention to the business and the technology.”

Like everyone else, Ted has outside interests. He likes to travel, watch movies and help his wife work in the garden. He raised a family. And while doing all that, he managed to pay attention, build a career, and build a better product that focuses on the exact needs of the customer instead of simply filling a gap in a motor line. It takes a lifetime to create what Ted Lin has created, a good life, one to be proud of.

Selecting the right motor for an application can be difficult as each motor has different characteristics and will provide different torque and speeds. When trying to find the right motor and size it's important to keep in mind the application the motor will be used for as well as the power you can provide to the motor.

Lin Engineering uses a Foam Densifier to recycle foam and to help reduce our environmental footprint. This machine has helped reduce our overall waste by up to 75%.

Autonomous Vehicles and Robots are able to navigate on their own allowing them to transport goods from one location to the next on their own. Engineers typically use Servo motors to drive AGVs as they deliver precise speed control as well as position control. But what are servo motors and what makes them good for AGVs?